The other day I was checking the Spaghetti Squash and my "Little Helper's" pumpkin plant. They are planted at the end of the herb garden and grow over the fence. I thought that the powdery mildew was taking it's toll. Oh no.....it was those darn SVB's!!!!! There were so many in the vines that I had to pull all of them! There were only two small  Spaghetti Squash and no pumpkins. I brought the squash in the house...hopefully they will ripen inside. I was so upset that I didn't even take pictures. I have never had this problem before. This year they have gotten everything!!

The cantaloupe and muskmelons vines are also dying. They are not infested with SVB's though. I think that it's the weather and the powdery mildew taking it's toll on them. There are at least 8 good size melons on the vines and a couple are almost ripe. So, I'm going to leave the vines in until I harvest them. 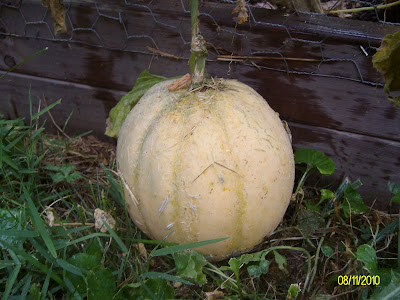 One of Two Cantaloupe that are almost ready! 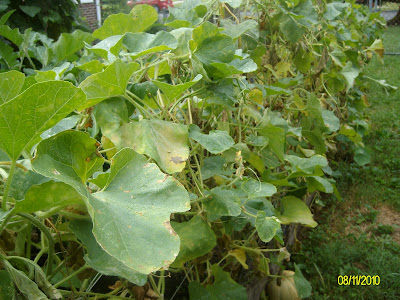 The vines dying off 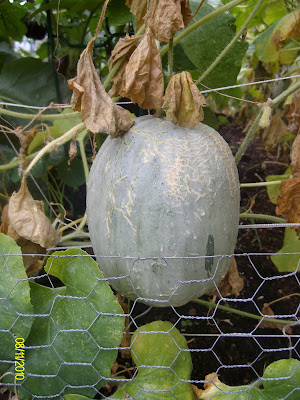 One of the Muskmelons
Posted by Robin at 8:02 AM