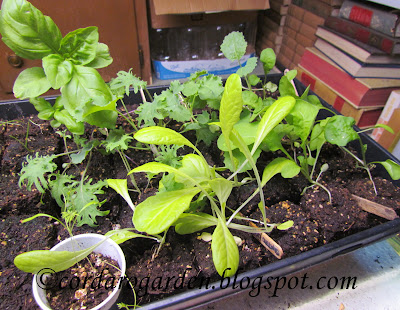 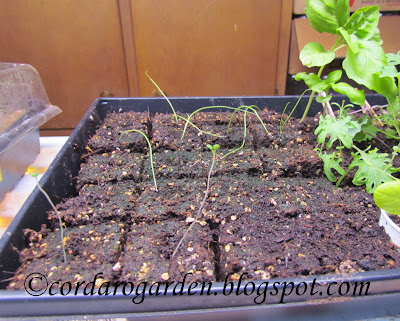 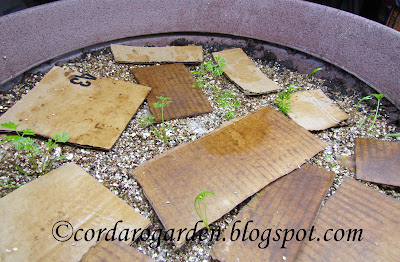 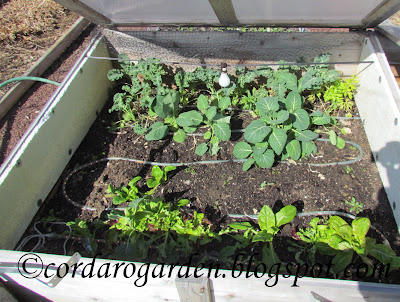 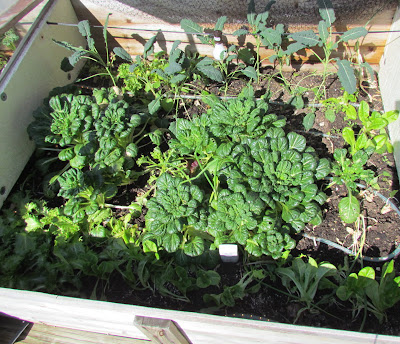 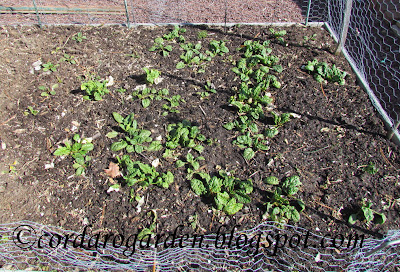 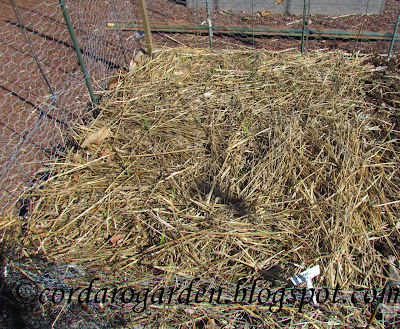 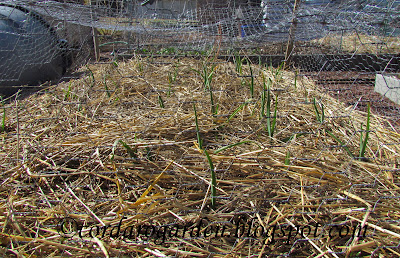 I had not heard from the woman at Farmland Preservation who was in charge of the gardens for some time. I sent her an e-mail and did not hear back, which in itself was strange.


So, I decided to call Dora, who is also on the Garden Move Committee. Dora is a very experienced gardener. She does a lot of work for Penn State and also took care of Mrs. Rodale's gardens until her passing.


For some reason our county has had some budget cutbacks. This in itself is strange to me since our county in very much in the green for several years now. They eliminated the woman's position. But, they hired Dora on a very part time basis to take care of both of the Community Gardens. This is good news since Dora has a great understanding of gardening!


The game plan is that the soil will be disked  by the woman who runs our county seed farm within the next two weeks. Then Dora and her crew will mark off all the plots. Our plots are in the first section. So, hopefully I will be over there working on the hardscaping within a few weeks.


My plan is to install the fencing and gate first. This will probably take two days....maybe one, if I'm lucky. Then I will work on each bed and the soil as needed for the crops that need to go in first. I am not planning on being able to plant Spring Broccoli & Cauliflower at this time. But, you never know! I guess that it won't hurt to start some extra plants for over there.


I also changed the garden layout for the plots after talking to Dora. The road is at the end of the one plot and the path at the front. The paths will be tilled soil in the beginning. So, I figured it would be much better to have the gate at the end. This will also make it easier for me to load and unload. 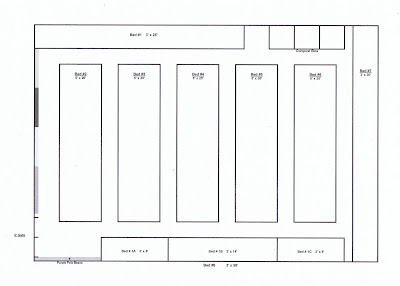 This is the new layout for the plots. The shaded areas along the end are for pole beans and popcorn. I also have detailed layouts for each individual bed and the home gardens. I will try to get them posted soon.
Posted by Robin at 11:24 AM 26 comments:

I had a couple of harvests this week. One tiny one and one big one. Wednesday I harvested a handful of spinach from the spinach bed that I needed for a recipe. On Friday, I finally got around to harvesting a lot of the Tatsoi. 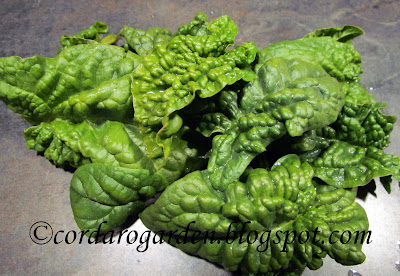 The spinach only weighed about 2 oz. It was just enough for the recipe. 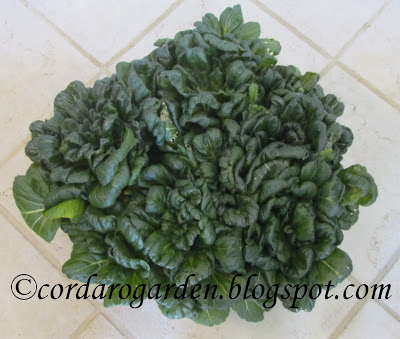 This is one big bunch of Tatsoi! It weighed 3.3 lbs. 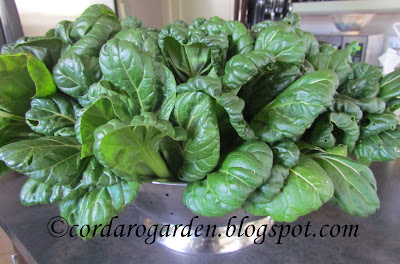 Boy, it was a lot! I gave about half of it to a friend of ours since there is still more in the cold frame!
There is also some news on the Community Garden move and some seedlings growing in the basement! I will post about the garden tomorrow.
Now, Hop on over to Daphne's Dandelions, our host of Harvest Monday and see what's going on in gardens around the globe!
Posted by Robin at 9:25 AM 19 comments:

I have been a bit absent from the blogging scene the past few weeks. This has been due to my Uncle's serious illness and passing on Valentine's Day. I'm sure I will get back into the swing of things in a week or so.

I will be out of town next week for a few days. So, Jody & Belle at Spring Garden Acre will host Thursday's Kitchen Cupboard next week.

Now on to some good eating from our stored goods! Last week Kristen at Rusty Moon Homestead posted a great recipe for Black Bean Soup. In her post she linked to where she found the recipe, here. 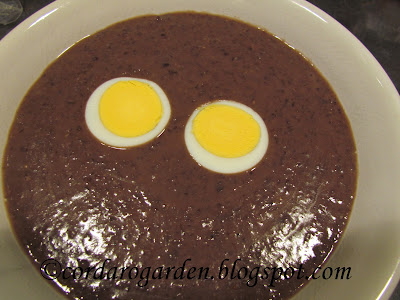 It may not be the prettiest soup......But, boy was it good!
What have you been putting in or taking out of your Cupboard lately....anything good????
Posted by Robin at 7:18 AM 24 comments:

I can't believe that has been a whole week since my last post! We've been very busy around here. Hopefully I will get some things posted this week.

This week I decided to make some pumpkin muffins/cupcakes to freeze for snacks for "The Italian".. I found a good recipe and had to make some minor adjustments after the first batch. 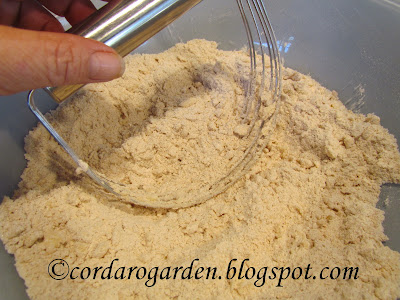 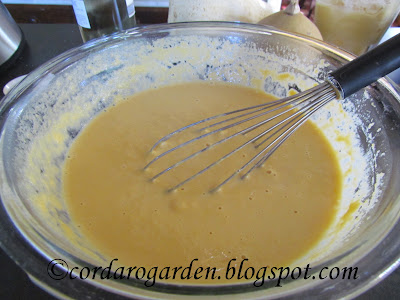 4.   Pour Pumpkin Mixture into the flour mixture, add raisins and fold gently
5.   Fill Muffin or Cupcake pan and bake for about 18 minutes. 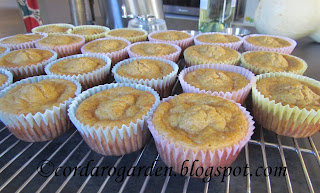 These are a great snack and can be topped with a nice Cream Cheese Frosting or served plain!
What goodies have you been making with your stored goods...or putting away for another day???

We had a nice harvest of Baby Choi from the cold frames this past week which I posted here. We haven't used any of it yet, as it will store well in the refrigerator.

This week I did make one of my favorite dishes, Shrimp & Sausage served with Spaghetti Squash. I have to say that this is a great dish! This recipe is enough for "The Italian" and I. You will have to increase the amounts if you have a larger crowd.

Directions:
Note: This is not a thick type of sauce 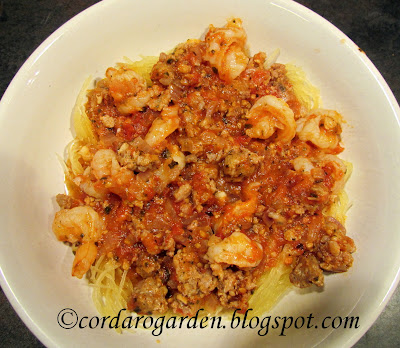 This isn't the best picture....but it is a great dish!
What goodies have you been putting away in your cupboard or serving from your stored goods??
Posted by Robin at 6:55 AM 21 comments: