The Feast of the Seven Fishes

The Feast of the Seven Fishes also known as La Vigilia, is the traditional Italian meal on Christmas Eve. The tradition began in southern Italy and is now celebrated by Italians all over the world. There are many hypotheses of the significance of the number "7". Some people believe that seven fishes are served because it took God seven days to create the world, while others mention the Seven Hills of Rome. There is also the possibility that the seven fishes symbolize the seven scraments in the Catholic Chruch, along with the seven sins. Another theory is that seven is a number representing perfection: the traditional Biblical number for divinity is three, and for Earth is four, and the combination of these numbers, seven, represents God on Earth, or Jesus Christ.

Last night we celebrated The Feast of the Seven Fishes at "The Italian's" parents home. The meal began with an antipasto. 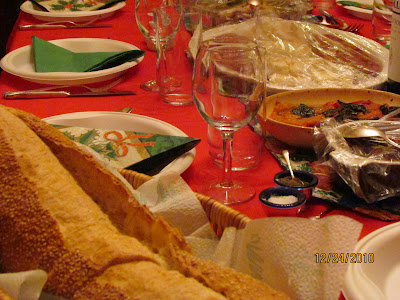 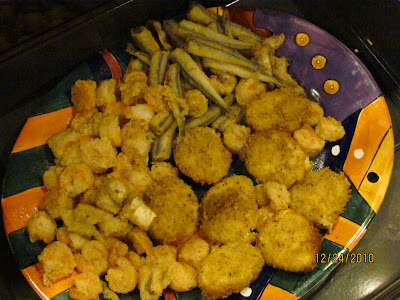 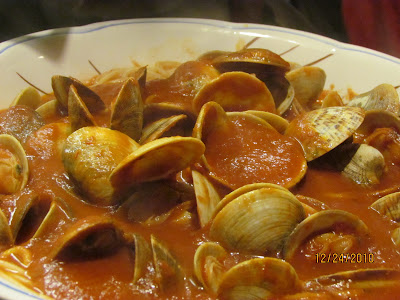 Clams in red sauce over spaghetti 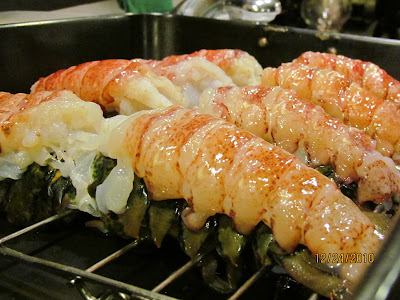 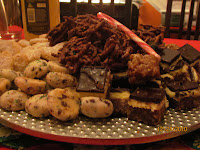 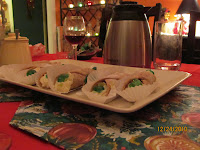 The evening ended with lots of homemade goodies..........my cookies and my father in-law's wonderful canollis!
Posted by Robin at 10:36 PM