My "Little Garden Helper" is finally home from visiting with his other grandparents in Florida. He was very excited to see that the greenhouse was up and wanted to plant seeds. It has been raining for the last two days. So I decided to get out some carrot seed mats and take him in the greenhouse to plant some carrots. It was much warmer and dry in there. 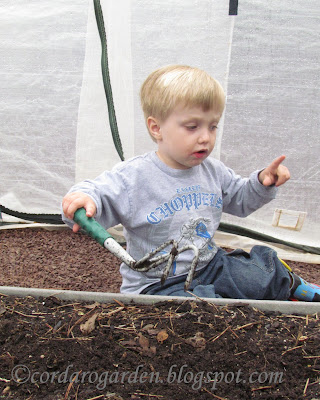 I gave him a gardening tool and he started loosening the soil. He always amazes me with how he knows just what to do in the garden. I really think that farming must just run in the blood. 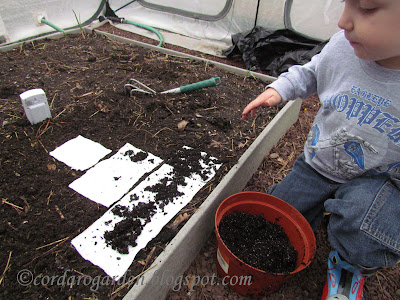 He wanted to know where the seeds were. I showed him how they were glued to the paper. I told him that they had to be covered with the dirt and he did it. Then we went in to the garage to get some boards to lay on top of the carrots. While we were in there we found some great toys! 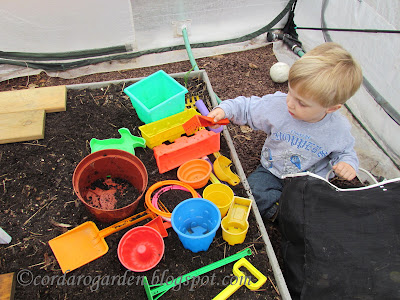 Since he could walk, I would always let him play in the dirt of an empty bed. What little boy doesn't love playing in dirt?? 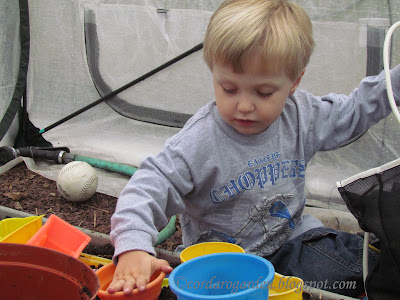 We had a great time! 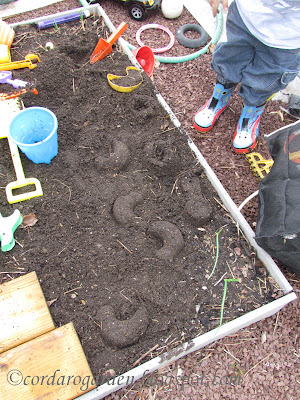 Now we have some great garden art in the greenhouse!
Please note, no onions were hurt during the process.
Posted by Robin at 5:53 PM