Last week was very busy around here and I didn't post Part 2. Although things have changed a bit at the plots, here it is! 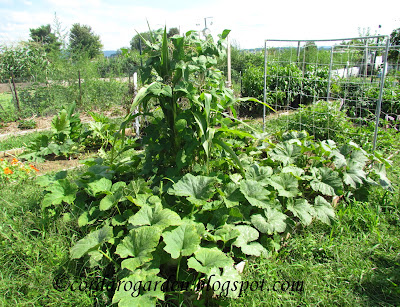 The other "Three Sisters" planting is very happy. There is popcorn, Long Island Cheese Squash, Fortna White Pumpkins, Greek Sweet Red Winter Squash (which never produced a female flower) and Trail of Tears Beans planted here. As you can see, the grass in the paths is very happy too. I was going to weed wack it today...but, didn't get to it. 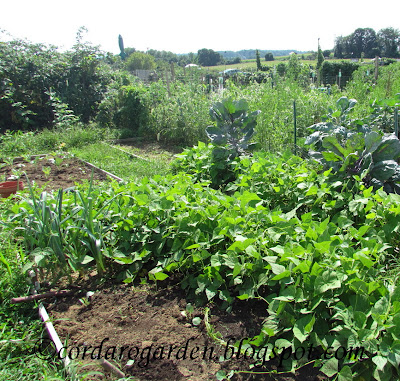 Here are some dry beans, some leeks to the left and a few small broccoli & cauliflower in Bed #2. There are also dry beans planted in Bed #1 between the Brussels Sprouts in the back right of the picture. 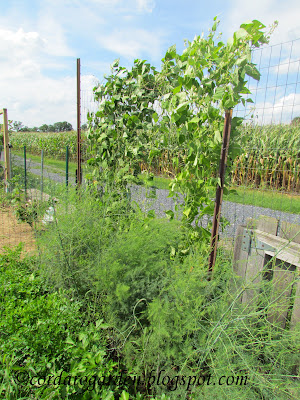 This is the one Aspargus bed. There are Sadies Horse Beans and Trail of Tears beans growing up the fence in the back. All of the bushy stuff to the left of the asparagus is parsley. They are supposed to be good companion plants. 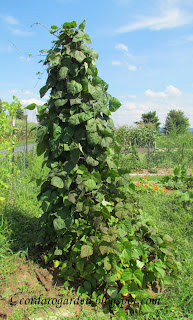 The tepee planted with Dean's Purple Pole Beans is really tall. I think about 8' right now. I will be surprised if this is still standing after Irene makes her way through our area this weekend! 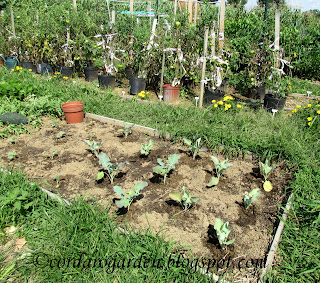 Some broccoli & cauliflower was finally planted at the end of Bed #2 today. Don't mind the convalescing mummy tomato plants in the background. They are still alive...so, that's a good thing! 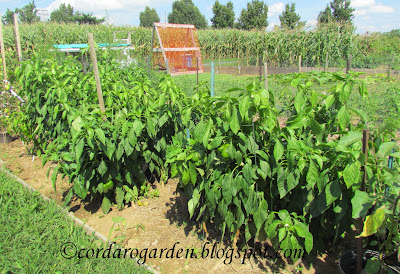 The Bell Peppers are huge! You can't tell from this picture, but, they are at least 3' high and loaded with peppers! 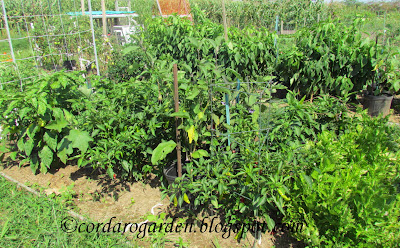 The hot & spice peppers are doing great also! They aren't as tall as the bells, but they are loaded with peppers! I left the celery (right end of pic) in the ground and it doesn't look all that bad. I can dry some of the leaves and freeze some of the stalks that are good. 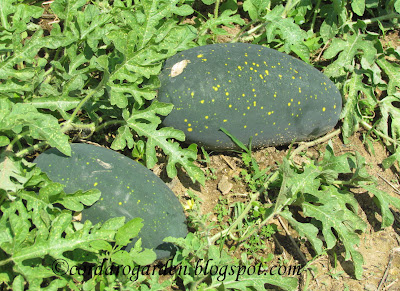 The two remaining Moon & Stars watermelons are growing like crazy in spite of the little nibble that the groundhog took out of the one! 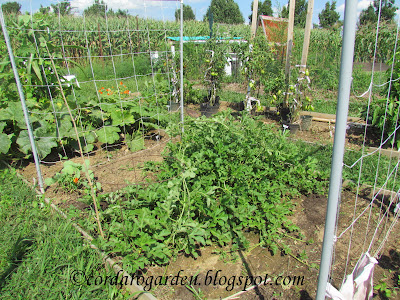 The Burr Gherkin Cucumber plants are growing like crazy! They are in between the two trellises were the cantaloupe and Korean melons were growing. I removed those vines today. You can also see some more convalescing mummy tomato plants in the background. 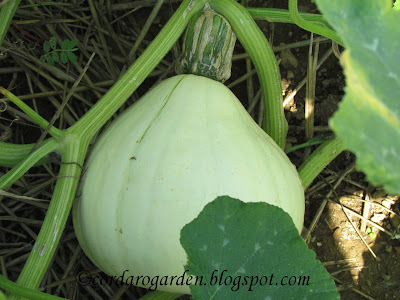 There are at least 4 more Fortna White Pumpkins on the vines....looking good! 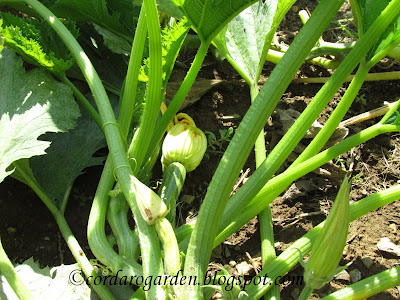 And the zucchini plants are still producing!!
Well, that's all the Happy Stuff going on at the plots, with the exception of fall raspberries starting to ripen!!
So, what kind of Happy Stuff do you have going on in your garden??
Posted by Robin at 6:36 PM