The gardens have really slowed down. I only harvested a few tomatoes, a few nice bell peppers and some herbs at the home garden this week.

Yesterday, I went to the plots to pull the tomato plants, do some general clean up and pick some peppers. To my surprise, I found some viable tomatoes there. I also found that the groundhog had dug a new tunnel in to our plots! He has been eating the Brussels Sprouts, which is no loss to me since they were destroyed by bugs anyway. I was going to pull them, but decided to leave them as a trap crop for the groundhog. Do you think that will work? I'm going to go over there today and fix the area where he tunneled in and go over to my neighbor's plot and fill in the hole on her side. I had mentioned it to her weeks ago...but, nothing has been done.

All of the popcorn has been harvested and the dry beans are starting to come in. I will wait until I am done shelling those and post them at a later date. 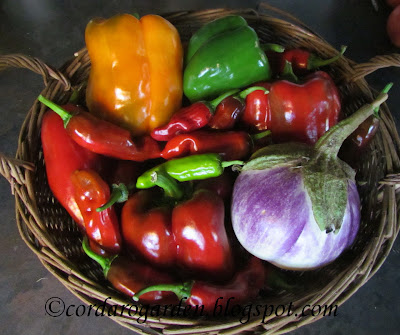 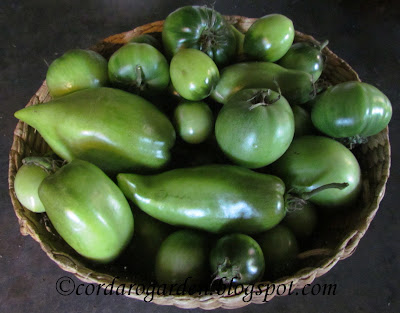 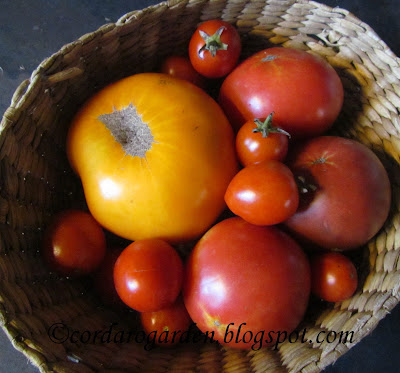 Some of the ripe tomatoes harvested this week.
Total weighed harvest for the week: 10.375 lbs.


Stop by Daphne's Dandelions our host of Harvest Monday to see what's going on in Veggie Gardens and Kitchens around the Globe!
Posted by Robin at 8:07 AM