My Harvest Monday post is a little late in the day. It was a busy weekend preserving the harvest. The harvests are getting much better. But, I am still way behind last year, especially with the tomatoes. Hopefully the tomato glut will start this week.

This isn't everything that was harvested this week....but, it will give you an idea of what is coming out of the garden. 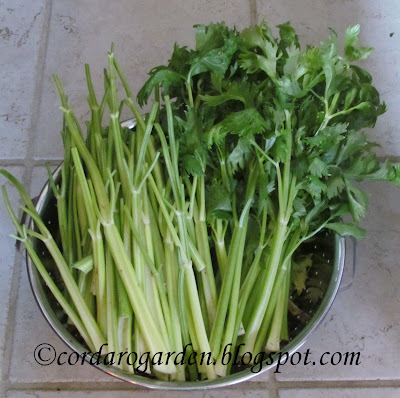 A few of my celery plants died and a few weren't looking too well. So, I harvested and froze the celery that wasn't all that happy. There are still about a dozen plants in the ground that are doing very well. 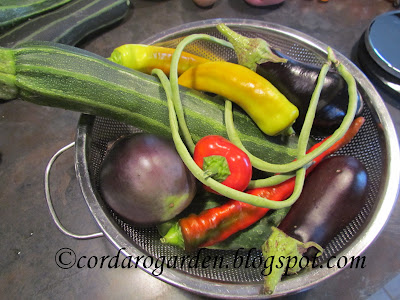 The eggplants are coming in and the peppers are starting. 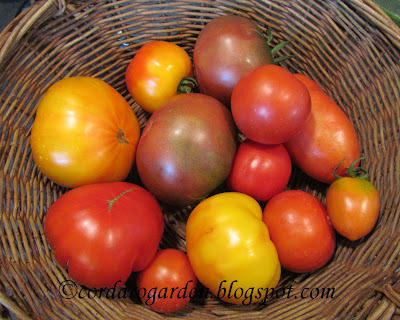 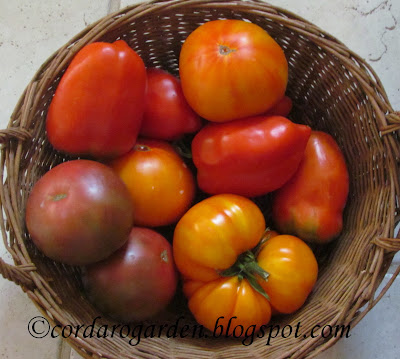 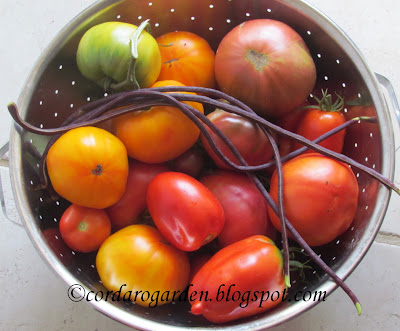 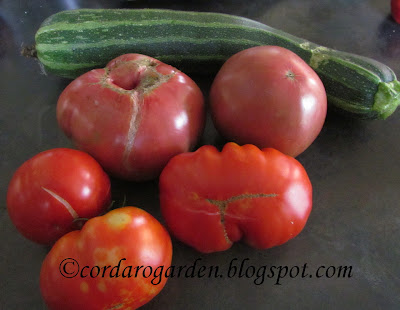 The zucchini are coming in at a steady pace 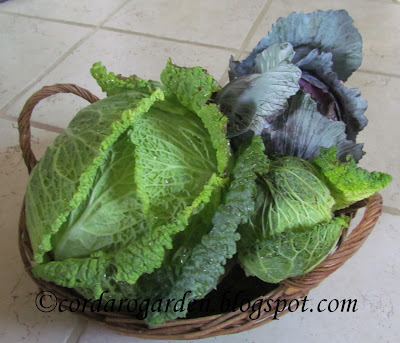 The first heads of cabbage this year. I was pleasantly surprised at the large head of Savoy Cabbage. There are still several heads that are doing well in the garden. 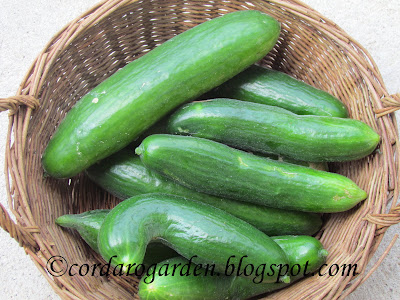 The cucumbers in the Home garden are producing like bunnies! The cucumbers at the plots are dying off. There have been plenty of cucs coming in to finish up our pickle needs for the year. 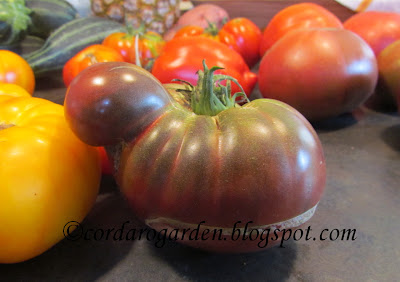 While I was doing the Can-Can on Sunday, Sophia found at least a dozen tomatoes and some more beautiful cucumbers in the Home Garden. We thought this guy was pretty cute!! After his photo op, he went straight into the sauce I was making since he was a bit over ripe.

Hop on over to Daphne's Dandelions, our host of Harvest Monday to see what's going on in gardens around the globe!