HAIL!!
Yes, we had a whopper of a thunderstorm yesterday! We were sitting on the covered porch with my little helper during the storm and then it began to hail. 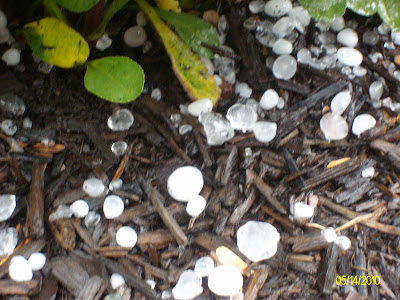 The largest pieces of hail were a little bigger then a dime. 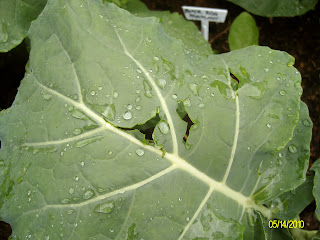 There was some minor damage to a couple of the broccoli plants. 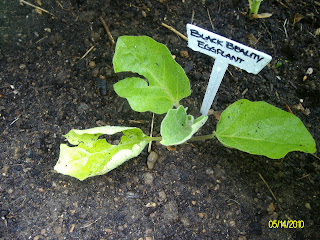 Only one eggplant was damaged.
All in all, the damage was not that bad and everything will survive! Last year we had two really severe hail storms which caused a lot of damage. 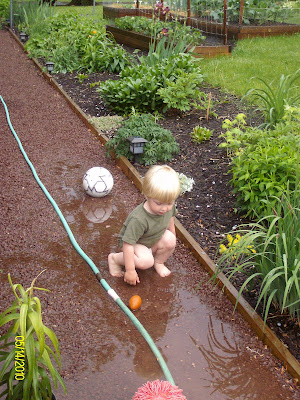 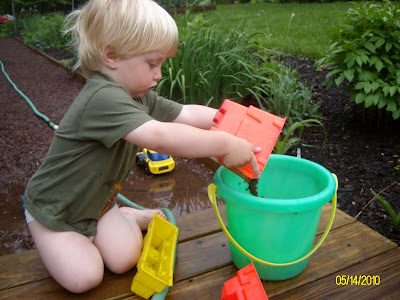 My little helper had a blast playing in the water and stones after the storm. He just got up from his nap so we let him play in his diaper and bare feet!
Posted by Robin at 6:53 AM