Clearing out the Plots

The weather was nice enough yesterday and today for me to get over to the plots and start cleaning up. I spent about 5 hours total over there and have managed to get a lot done. Yesterday I picked up all of the pots, removed tomato cages and odd supports and pull out a lot of 6' high weeds. I also removed some fencing back by the huge bushes and lost my clip on sunglasses. 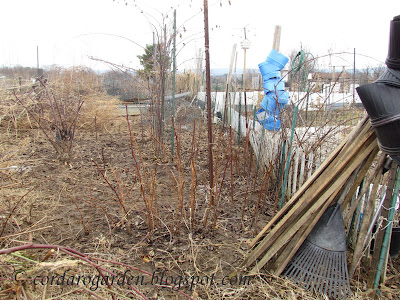 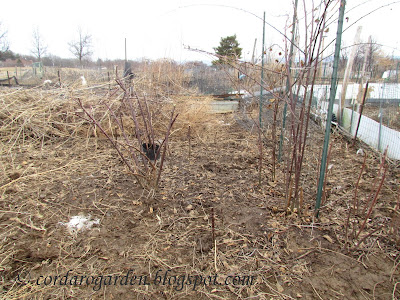 As you can see there are two bushes to the left that are in a bad spot. Those will be removed. There are also a couple of bigger suckers that trimed but couldn't get out of the ground yet. 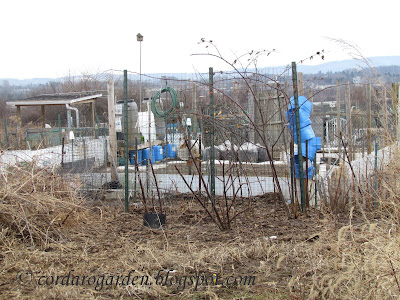 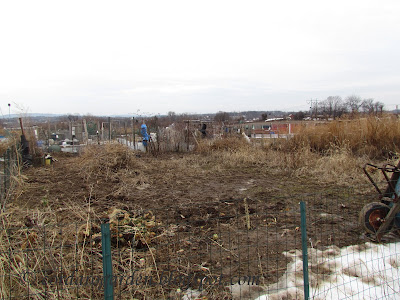 They are getting there!! We are supposed to have rain tomorrow. So it looks like I won't be back over there until Saturday.
Posted by Robin at 5:05 PM