It's another week of the same harvest.....peppers, peppers and more peppers!

The entire harvest for this past week was picked yesterday at the plots. Although most of the harvest was peppers, I did harvest a few small eggplants, a little bit of broccoli and another small white pumpkin.

We are going on vacation later this week and it looks like we may get our first frost while we are away. I don't think the house/garden/pet sitter will want to truck over to the plots to pick the last of the peppers. So, I harvested everything that was a decent size. 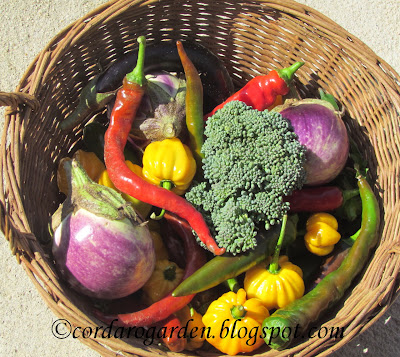 A little broccoli, a few small eggplant and some hot & spice peppers. 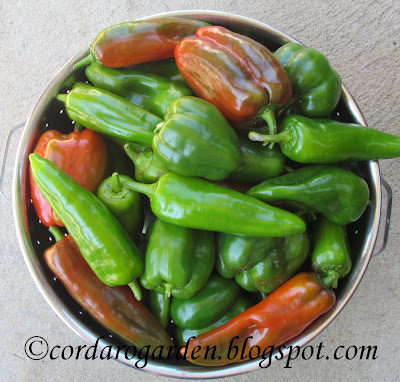 Probably the last of the sweet peppers from the plots.
These were given to my in-laws and sister in-law. I still have two pepper plants at the house which will be pulled before we leave.I thought that there were about four large peppers on those two plants. After taking a closer look, I think that there are about a dozen.
I just totaled my pepper harvests to date for this year. Sweet Peppers - 47.75 lbs  Hot & Spice Peppers 27.3 lbs. It's definitely been the year of the Pepper!


Stop on over to Daphne's Dandelions, our host of Harvest Monday to see what's going on in veggie gardens around the globe!
Posted by Robin at 6:21 AM